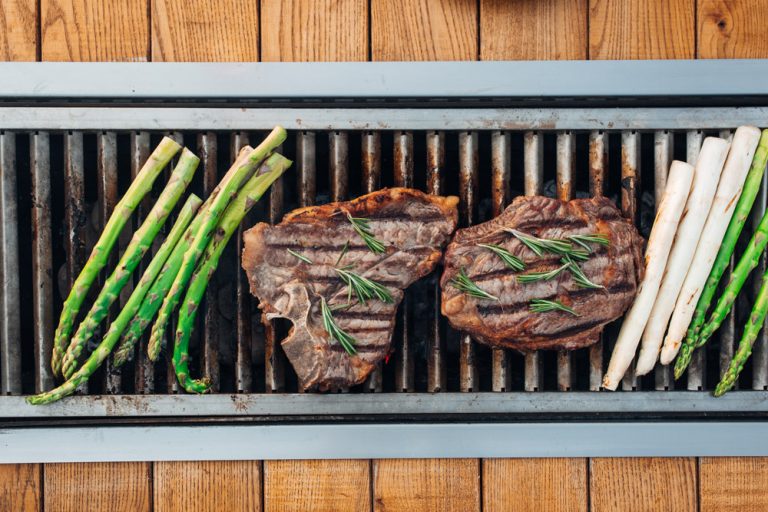 How to tell if meat is cooked?

How to tell if a steak is medium rare?

While in some situations the internal temperatures of cooked meat are a personal preference, it also plays an important role in food safety. Especially, since it’s the easiest, most popular and all in all the best way to tell if the meat is cooked properly — by measuring its internal temperature with a food thermometer. All raw meats can carry harmful bacteria, so it’s crucial that it’s properly cooked.

You also have to know the right temperatures for safe meat.

When you are cooking a beef steak, the internal temperature of it is mostly about your personal preference. However, when it comes to other types of meat, not all temperatures are safe.

So, how do you determine if meat is cooked properly?

It’s simple — you use a meat thermometer.

Safe temperatures for cooked meat vary for each type of meat. 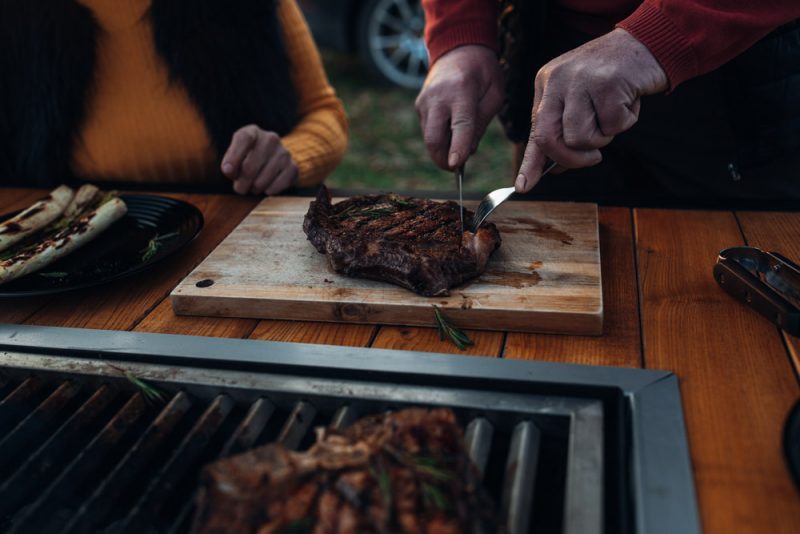 How to Tell When a Steak Is Done?

You have to know about the degrees of steak doneness.

There are 6 degrees of beef steak doneness:

How to tell if steak is done without thermometer? There aren’t any precise methods to determine that, so you’ll have to practice, or better — use a thermometer, follow the “Temperatures of cooked meat” chart you see here, and get the perfect steak every time. 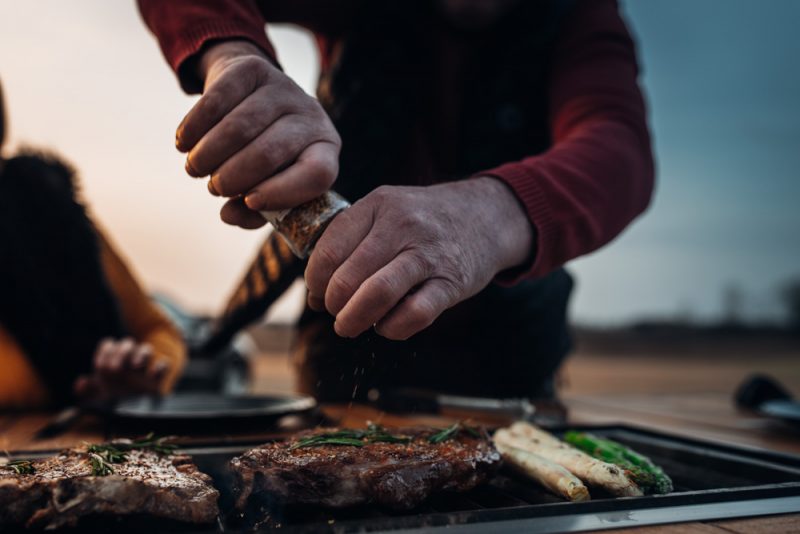 How to tell if chicken is done?

Unlike beef, chicken has to be cooked through well. It is because it can contain bacteria not only on the outside but also inside. Eating undercooked chicken can cause salmonellosis. That’s why it’s important to know the temperature at which chicken is done, and also to follow it during the cooking process.

How to tell if a pork chop is done?

Just like chicken, pork chops must be cooked well as they can have bacteria all the way through the meat. Since you can’t tell if the meat is cooked or no just by cutting into it or poking it, especially if you aren’t experienced with barbecuing, it’s better to use a meat thermometer instead.

Let it rest for three minutes before carving and eating.

How to tell if a sausage is cooked?

The safe cooking temperature for raw sausages and hotdogs is 71 °C. 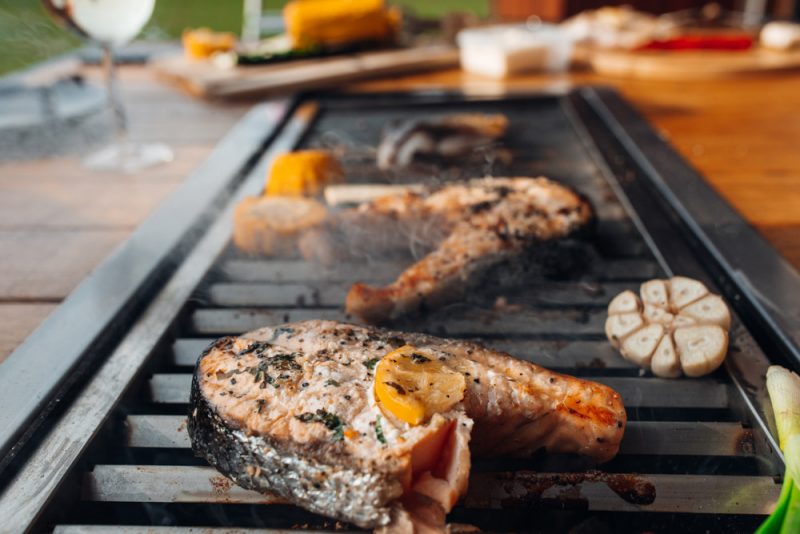 How to tell if fish is cooked? What about seafood?

Fin fish should be cooked to an internal temperature of 63-70 °C, until its flesh is opaque and separates easily with a fork. Shrimp, scallops, crab and lobster — until the flesh is pearly or white, and opaque. Oysters, clams, mussels — until the shells open.

How to tell if salmon is cooked?

It’s believed that a safe minimum internal temperature for salmon is 63 °C. But many people find salmon cooked at such temperatures dry and overdone. So that’s why many cook wild salmon to about 49 °C, and farmed salmon — to 52 °C. However, remember that you are doing it at your own risk. If you are cooking salmon for a pregnant woman, make sure you cook it to 63 °C.

Measure the temperature in the thickest part of the salmon filets.

When using a meat thermometer, don’t forget to clean it in between uses to avoid cross-contamination in case the meat has not yet reached a safe temperature when you are checking it.

Want to get in touch? Here's how you can reach us.
Please fill in all fields!
Send
Thank you, your message has been sent! We will get back to you in 2-3 business days.
E-mail: hello@mybbqtable.com
B2B cooperation: sales@mybbqtable.com